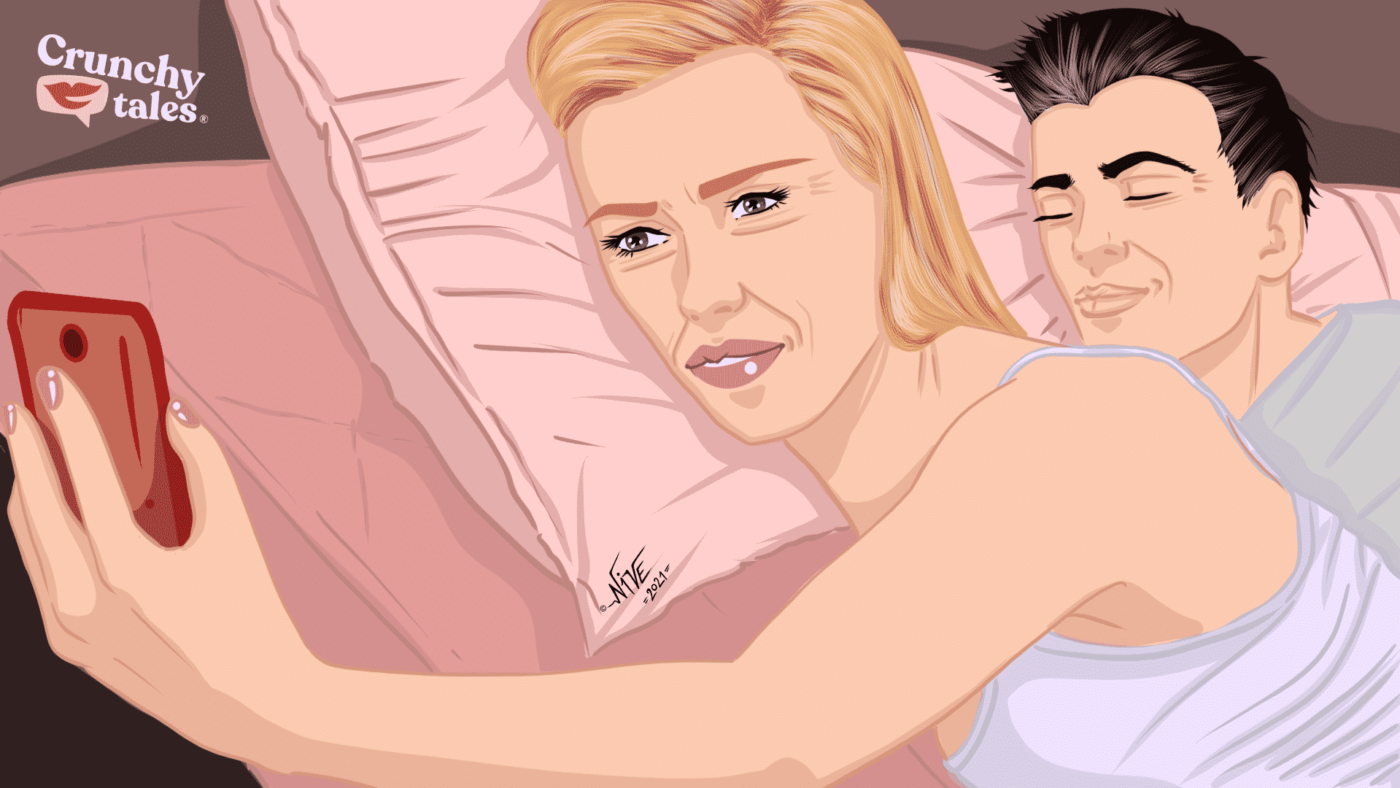 From a distance, they seemed happy enough, or at least content. Like Billie in the recent Netflix TV series “Sex/Life”, they were doing the family thing. They had cute kids, mortgages, busy social lives, matching sets of dishes. On the surface, their husbands were reasonable, the marriages modern and equitable. If these women were angry unfulfilled or resentful, they didn’t show it. Then at midlife, women realise they want more.

Whether they’re working on their self-esteem or thinking of a fling purely for satisfaction, once the fear of pregnancy has lessened, so has the responsibility for children, midlifers feel ready to go back in the game. It may be the sheer thrill of doing something totally taboo at an age where people don’t really expect it. Sometimes it’s a way to escape boredom and explore the unknown or a chance to survive a marriage women still want to be in.

Cheating as a ‘Can Opener’ experience

One of the main reasons women cheat is to find an escape from a relationship that makes them feel trapped in some way.

Far from being evidence of pathology or marital bankruptcy – explains Dr Tammy Nelson, a sex and relationship expert and the author of When You Are The One Who Cheats-, a woman’s affair can be a way of expressing a desire for an entirely different self, either separate from the marriage altogether or still in it. An affair can be what I call “a can opener” for women unable to articulate for themselves why they’re unhappy in their marriages, much less empower themselves to leave or begin an honest conversation with their husbands about what they feel is wrong.

The need for emotional or sexual satisfaction may lead women to cheat on their spouse or committed partner, too.

Confident, financially independent, with a more positive body image and computer literate, women over 50 don’t feel as old as their mothers did, and they’re not expected to feel like that.

According to Tammy Nelson, 80% of affairs happen because of opportunity. If the opportunity comes along, it can be hard to turn down an affair that promises to bring pleasure or intrigue. An affair can be even harder to refuse if a woman is unhappy in her marriage, depressed, or stressed in her own personal life or career.

Cheating may be also a way to get outside affirmation and feel more desirable. Some women at midlife, for instance, will seek an affair that makes them feel alive and desired to reaffirm their attractiveness. Sometimes, when she is struggling with low self-worth, she may look to external sources for the attention and validation that she and her partner are unable to create and sustain.

SEE ALSO:  How I Stopped Apologizing All The Time And Got My Power Back

“Women in their fifties and sixties may experience menopause and have an affair to boost their self-esteem if they worry that ageing will affect their attractiveness and their future desirability“, says Dr Nelson.

There might be also other reasons for women to have a fling: outsourcing the sexual pleasure in a relationship is an effort for them to remain in their primary partnerships.

They believed that if they continued to go without their sexual needs being met, they would have to break up their families and break their partner’s heart – explains the sociologist Alicia Walker, author of The Secret Life of the Cheating Wife: Power, Pragmatism, and Pleasure in Women’s Infidelity-. None of the women made the decision to cheat lightly. After years and sometimes decades of trying to improve things in their marriages, they decided to look elsewhere.

What’s more, according to Alicia Walker the concept of female infidelity might be also read as a subversion of traditional gender roles. Many of the women she interviewed were in marriages that were functional. But at the same time, they found married life incredibly dull and constraining and resented the fact that as women, they felt they consistently did a disproportionate amount of the invisible labour that went into maintaining their lifestyle. One woman in Walker’s book told her, “The inequality of it all is such an annoying factor that I am usually in a bad mood when my spouse is in my presence,” and another said that while her husband was a competent adult in the world, at home he felt like “another child to clean up after.”

Getting over the habit of cheating

If you feel unhappy in your marriage or in your relationship, know that cheating is not the solution. Finding satisfaction in an affair is usually short-lived and rarely provides long-term fulfilment. If you want to stop but don’t know how to talk it over with a trusted friend or therapist and get help if you need it. Relate.org.uk is the UK’s largest provider of relationship support, and last year they helped over two million people of all ages, backgrounds, sexual orientations and gender identities to strengthen their relationships.