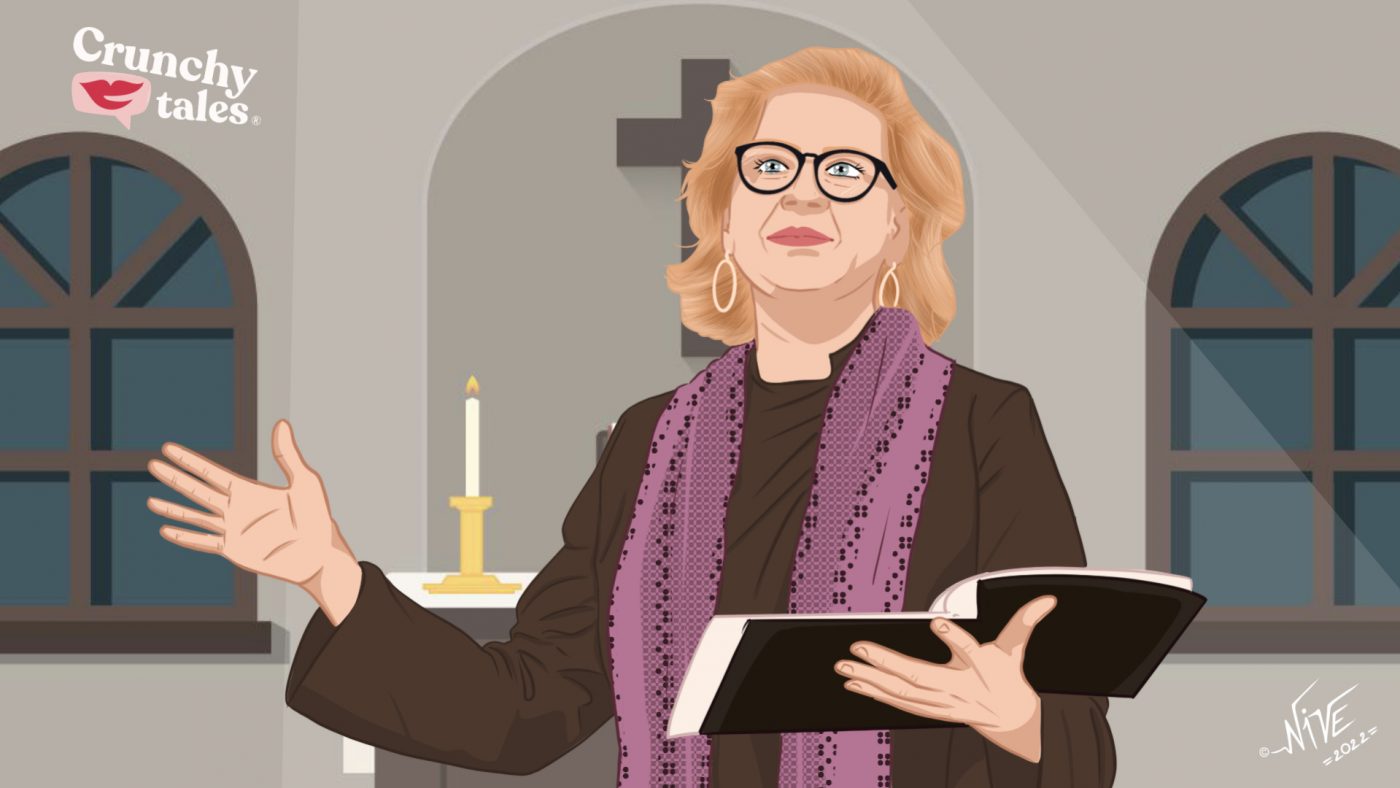 It took three ministers asking Ann Ralosky why she had not entered the seminary before she seriously considered doing it. A long spiritual journey which finally culminated with her joining the United Church Of Christ (UCC), at the age of 46. A stage of life when, “our faith becomes less about answers and more about wisdom, less about doctrine and more about a way of life that roots us in God“, she explains.

Ann had always been exuding a bright energy of love and acceptance since we were classmates in an all-girls Catholic high school in Maryland, The Academy of the Holy Cross. Our paths crossed again in 2019 when she invited me to be a speaker at the Bounce Festival of Optimism and Resilience, which her church was helping to host and where she was continuing to pursue her spiritual path.

Raised Roman Catholic in a suburb of Washington, D.C., she attended Catholic schools for sixteen years, including four years at Fordham University in New York City. Ann cites her education by the Jesuit priests at Fordham as the first step in her journey toward becoming a minister. “The Jesuits are good at teaching you how to be critical thinkers,” Ann observes. “I questioned myself right out of Catholicism.”

She was dismayed by the exclusion of LGBTQ individuals and the lack of roles for women in the church of her youth. These were not the moral priorities she knew from the Gospels. So she stopped attending church altogether and started to ask anyone who would listen: “How do you reconcile the big questions in life with what religion is teaching us?”

Friends steered her towards the United Church of Christ (UCC) in the Wisconsin community where she was living at the time.

“When I landed in the UCC church, it was all about critical thinking and social justice, and no question was off-limits,” Ann remembers. “After six months, the minister asked: why are you not in seminary?” Ann was initially worried then about the stereotypes of ministers as televangelists, and she did not know any pastors who were women, so she considered becoming a professor of theology.

But yet again, when she moved to Ohio with her family, the pastor there asked her the same question. It was only after they relocated to Boston, the home of the UCC, that Ann finally enrolled.

Her first day in seminary was on the ill-fated day of 9/11. Her welcome orientation was interrupted by the news of the aircraft crashing into the World Trade Center. Within three hours, the seminarians created a worship service that also included prayers for the folks in the Middle East who were going to be blamed for the attacks. This moved her.

Her study at the seminary started as an intellectual interest and became a deep passion. She wanted to create a vibrant spiritual community. And she did. Ann’s church has enjoyed a three-fold increase in worship attendees since she became the pastor and even more growth in active families who take part in the church’s offerings and social justice work. Ann is proud of the fact that 40% of her congregation is comprised of LGBTQ individuals and people of colour.

“One reason I was drawn to the United Church of Christ is because they tend toward the expansive when it comes to spirituality,” Ann says. She preaches about her trust in alignment and flow as tantamount to having faith in God. Her church is a way of living, as opposed to an adherence to creeds or confessions. Ann sees her faith not just as a noun, but as verb, a process of sojourning with God, by which we are continually transformed.

A transformation she continues to experience throughout her midlife years. “One of the blessings of getting older is that we tend to concern ourselves less with the expectations of others and focus more on being true to our own values“, she cleverly explains the effect of ageing on her spiritual journey.

When it comes to questions of faith, many of us have remained in a tradition that we have inherited, rather than seeking to know God in a way that feels authentic to us. When we hold onto that childhood faith, we may keep the peace in our families or communities by going through the motions, but our souls can feel increasingly empty or restless. We begin to feel disconnected from our true selves and from God“- she explains.

However, according to Ann, when we listen to the wisdom of age and experience, “all that our complicated and messy lives have taught us over the years — we realize that those tidy answers from our childhood faith are no match for the deep questions within us“, she continues, “and we learn that our questions are what matter most – they open us up to living more fully, more courageously and they point us toward a deeper truth”.

Although Ann serves as a spiritual guide for many, of course, she is not immune from life’s challenges. Her husband was diagnosed recently with a rare Non-Hodgkin Lymphoma in his brain. She is on temporary leave from her responsibilities at her church while she cares for her husband.

“My faith has never been a blind ‘I think everything is going to work out’ type of thing,” Ann reflects. She prefers the word “trust” to “faith,” and is trusting that her husband is getting the best care he can get, and trusting that she and her two adult children will handle the family’s health crisis with grace. “When I pray for my husband’s health, I align myself with a vision of healing energy,” she says. “Help me be in alignment with what is Your will and get out of the way of the flow,” Ann prays.

Ann’s worldview is that the Universe is a loving place and that there is more healing than destruction in the world. She subscribes to Process Theology, a theology that does not include a controlling, coercive, omnipotent God. Instead, God is expressed as energy in the universe, and “we can respond to the energy in the universe and transform it,” Ann believes. “When we respond to energy, we can create more positive energy. God lures us to be in alignment with the greater healing.”

When she did her minister training at First Congregational Church, it was in decline, with few active members. But her church community is becoming what she dreamed it could be. “We had to look into the abyss of closing,” Ann remembers. “We had to be bold and outrageously hospitable to anyone who felt they did not belong in a church. It was our mandate.”

Reflecting on her mission, her church’s website proclaims: “No matter who you are or where you are on your life’s journey, you are welcome here.” Ann’s journey involved some pivots but landed her a position in midlife, in which her work aligns with her passions.

Rev. Ann Ralosky is the Lead Pastor for Worship and Congregational Transformation at the First Congregational Church of Montclair, within the New York City metropolitan area. The First Congregational Church is part of the United Church of Christ, with more than 5,000 churches and nearly one million members across the United States. The UCC was the first historically white denomination to ordain an African-American pastor (in 1805), a woman pastor (in 1853) and an openly gay pastor (in 1972), and the first Christian church to affirm the right of same-gender couples to marry. They were at the forefront of the anti-slavery movement and the civil rights movement. 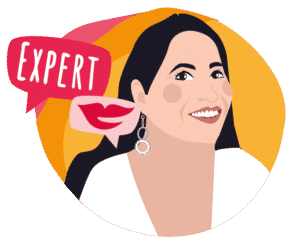 Maria Olsen is an attorney, author, public speaker and radio show host. Her radio show in Washington, D.C., “Inside Out,” focuses on LGBT and diversity issues. Her first nonfiction book, Not the Cleaver Family–The New Normal in Modern American Families, examined the changes in families in this decade. Her latest one, 50 After 50: Reframing the Next Chapter of Your Life, which chronicles the 50 new things she tried in her 50th year to determine how she wanted to live the next chapter of her life after getting sober and divorced, has been used as a vehicle to help many women reinvigorate their lives. Maria worked on diversity issues while in private practice and as a political appointee in the U.S. Department of Justice.