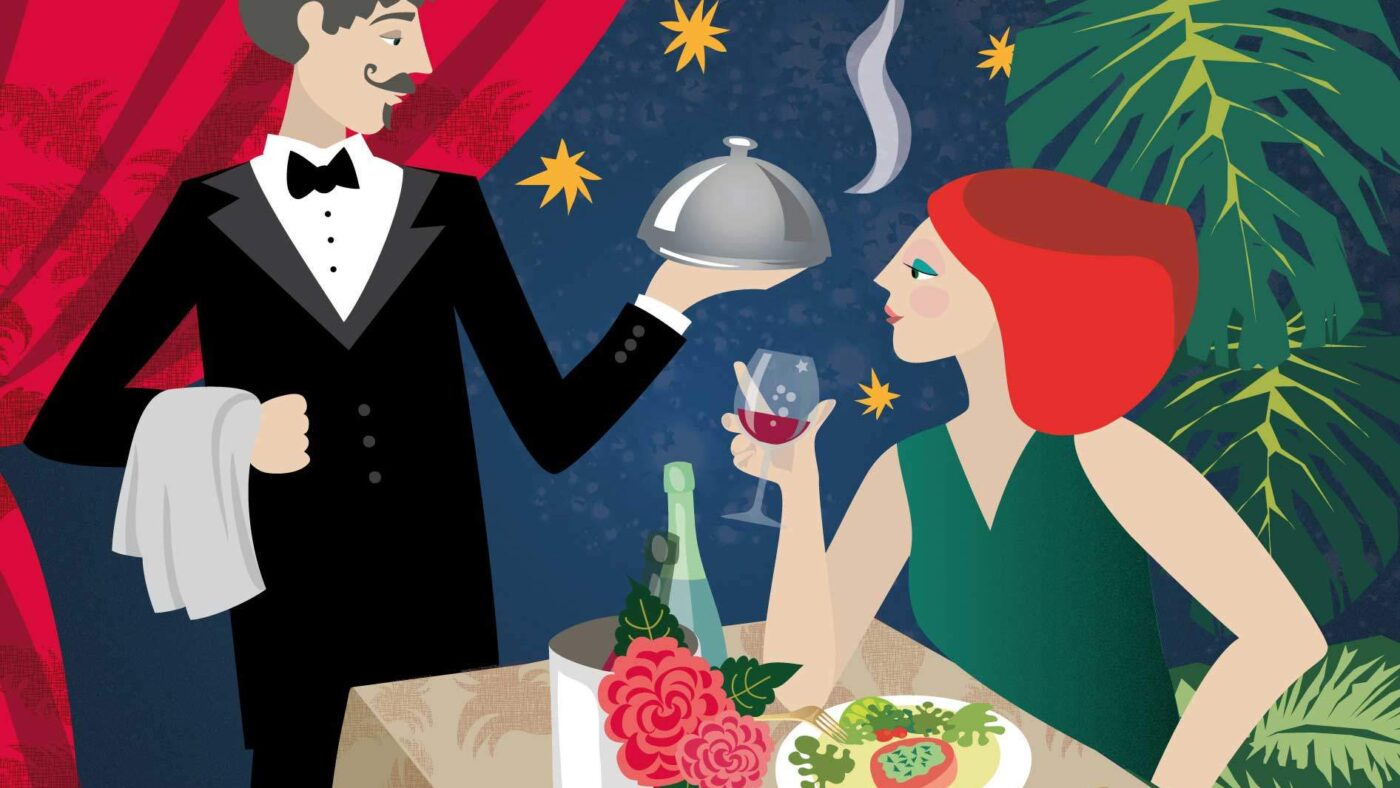 Feeling nervous about dining out solo? You are probably not the only one but times are changing and there is an increasing number of people, especially professional women, who have started to find it very enjoyable.

Say no to greasy takeaway scoffed down in the car, or room service consumed in the sterile anonymity of your hotel room. Eating out alone is not as bad as many diners assume. It actually comes with its own set of advantages: you can pick the time and place, skip the hassle of waiting for perpetually late friends, order whatever you want and enjoy every mouthful eating at your own pace. Last but not least, it is the chance to combine food with one of life’s other great pleasures: reading and people-watching.

Whether in cosy country pubs, dim sum parlours or even posh bistrots, some quality me-time is actually the key motivator for most of the single diners. When it comes to women practising the fine art of “going out alone”, there’s also something so vampy: she is answering to no one but herself, leaving her dining experience to be an unpredictable canvas coloured only by unexpected opportunities.

Not convinced, yet? Let’s browse some data.

According to a survey released this year by Jury’s Inn, one of the biggest brand into hospitality, who interviewed 2,000 people from across the UK, a whopping 73% of Brits would have no problem enjoying a meal out on their own, with only 27% saying they would never do it.

Even abroad, the idea of dining out on our own has started to be very popular. The latest NPD group survey states Germany, Italy, France are also in line with global trends, with 30% of restaurant visits made by solo diners. NPD Group analysts attribute the growing trend of dining solo to several factors, ranging from our increasingly nomadic and mobile lifestyles, and the subsequent blurring of dedicated meal times.

With more and more people choosing to dine out alone, savvy restaurants around the world are trying to make themselves more welcoming, for example by fitting more bar seating, or encouraging waiting staff to be more attentive to customers sitting on their own.

A couple of years ago, when the Dutch designer Marina van Goor launched Eenmaal, her solo dining spot in Amsterdam, many people found it quite eccentric. Featuring 10 tables for individuals and a minimalist decor to avoid distraction, she taught to solo diners how to fully appreciate a delicious, hand-selected menu. Indeed, she set a great example for every restaurateur spotting such a trend. With other pop-up branches in Antwerp, London, Berlin, and New York, in fact, she aimed to break the social taboo associated with eating alone: “I wanted to create an attractive place where disconnection is okay, especially in our hyper-connected society. I chose to set up a restaurant because eating alone is the most extreme form of feeling disconnected in our culture.”

In the US, where every February people celebrate the Solo Diners Eat Out Week, this trend is even bigger. Chefs and restaurateurs have started to recognise that the people who choose to eat alone at their restaurants are often looking for a memorable experience. Keith McNally, the master restaurateur behind New York’s Balthazar, Minetta Tavern and Augustine, has a well established tradition of sending out a glass of Champagne to any female solo diner.

Ultimately, solo dining means no restrictions. You can be as adventurous, or as familiar, as you want. Simply know where to sit: every frequent solo diner knows that a restaurant with a bar is the best bet. Dining at the bar is fun, if not always comfortable, and it’s easy to strike up a conversation with other diners or the bartender if you’re in the mood to socialise.