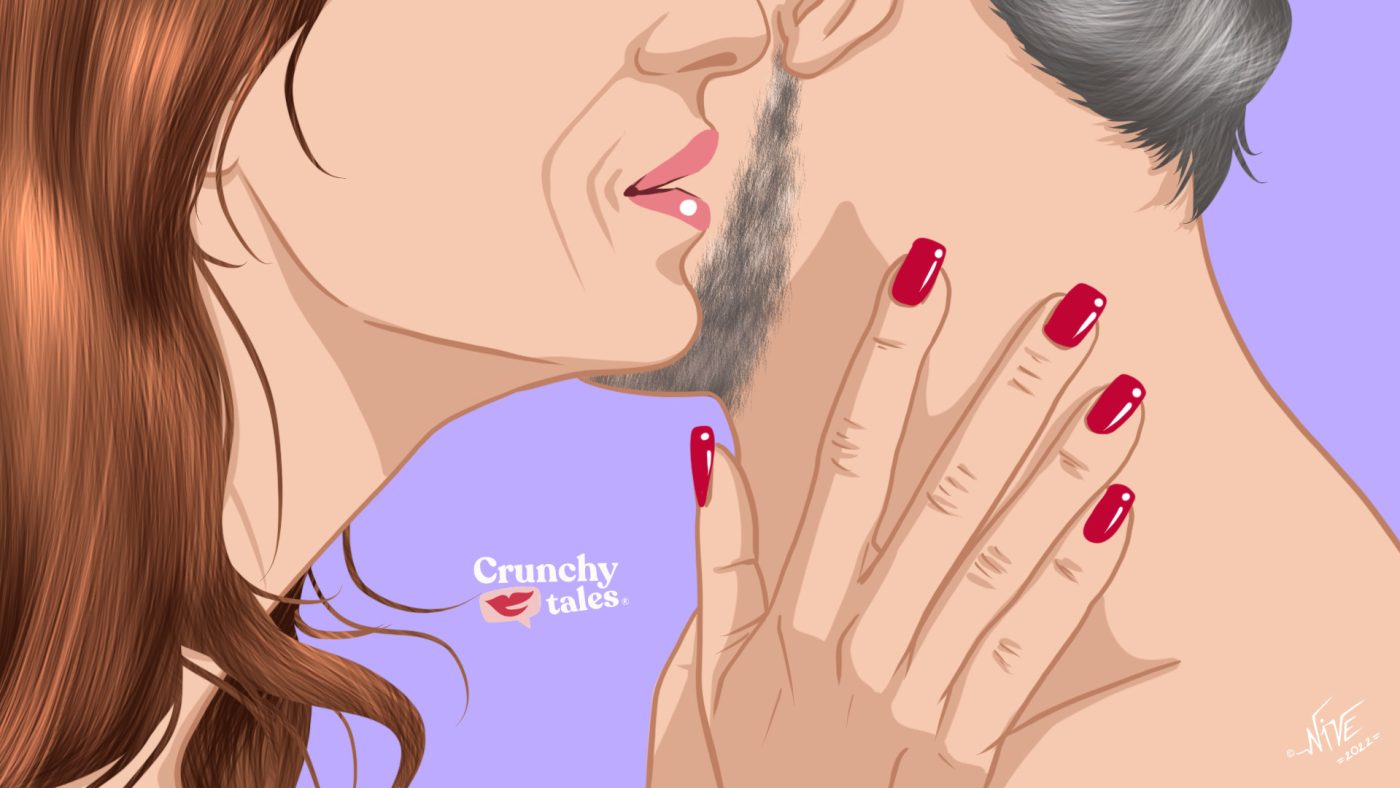 Dating in your 50s is not always that easy, especially if you are going out with someone much younger than you.

We’re not talking about the age gap (if the connection is right, that won’t define your relationship) but the roadblocks you might face in your liaison whether it’s criticism and misunderstandings or different expectations and priorities between the two of you.

Unfortunately, there’s still a particular stigma around the older woman/younger man relationship. So, don’t be surprised if you and your partner find yourselves dealing with unfunny jokes, and remarks driven by others’ disapproval and possibly even jealousy. The media attention that surrounded French President Emmanuel Macron’s marriage to a woman 24 years his senior, or the big coverage of 41-year-old Kim Kardashian’s relationship with 28-year-old Pete Davidson only underlines this.

Certainly, the sexual element is important, but sex alone cannot keep a couple together, especially when there are so many outside forces that can work to erode the relationship. Yet again, communication is key and the main thing to consider when embarking on a relationship with someone much younger than you is whether you are both on the same page.

The thing that keeps the age gap relationships thriving lies within the foundation of necessity; communication that speaking to each other about it becomes essential, as well as the need to coordinate two different worlds in day-to-day. – says relationship expert Susan Winter, author of the bestseller Older Women/Younger Men: New Options for Love and Romance-. Generational differences necessitate clear communication. So whether the couple intends to or not, they will find themselves developing a language that’s clear, precise, unifying and effective.

Knowing all the possible challenges in advance would turn your encounter into a happy one, no matter what the age gap.

Here is what to expect when dating a young man.

He’s inexperienced and since he may not have a lot of baggage of his own, he may not be very sensitive to yours. Don’t expect him to be very empathetic. He can sympathize but it may be quite difficult for him to fulfil your emotional needs. A guy with little relationship experience may not know how to handle conflicts appropriately. He can blow up during a fight or, after a disagreement, give the cold shoulder instead of trying to do things calmly and in time. As a result of that, you may also feel responsible for either him or all the decisions you make. This can be tiring and frustrating. Take into account that your younger partner may be self-interested and often have a lack of confidence, too. Be prepared:  “the often-jealous one” could be him, not you.

If you want to date a younger guy, it’s essential to be upfront with him right away and talk about what you want in a relationship. You may be at different places when it comes to the stages of dating. You might just want to have fun, but he might want to start settling down or vice-versa. Also, he might be concentrated on his career and not have much time to dedicate to nurturing the relationship. Depending on where he is in his life, a younger man might not be ready or willing to offer a long-term commitment, such as a monogamous relationship or even marriage. It might not be a question of whether he cares or like you enough, but more so of where he is in his life. Of course, you don’t need to have the same priorities, but you need to have things in common.

Dating younger men means they’re more willing and able to try new things, in and outside of the bedroom (eg. hiking and travelling, as opposed to quiet nights in). In this case, some may struggle with the lack of common ground. Make sure you talk to each other about your interests to at least include one another. It’s also necessary to find the intersection of common interests, as well as those hobbies you need to pursue on your own. Certain physical activities will not be interesting or possible any longer for you. That’s why both partners must adjust to this.

He may want to see his friends a lot

Younger men, usually tend to be more sociable than older ones.  If you are dating someone in his 30s, you also need to be okay with the fact that he will need to go out and see his mates for a guys’ night more than you may have been previously used to. Take into account that once in a while you might go out with the all gang to the local pub, too. Don’t miss this opportunity to explore new things and stay in the know. However, it’s worth considering he might be the one who still loves staying out until 3 A.M. at bars or going to parties where he only knows a few people. If that sounds draining to you, it might be something to ponder well.

You will get judged

While this may not be fair, you need to be sure that you both can cope with that outside judgment as a way of knowing whether you have what it takes for the long-term future of this partnership.

We’ve been indoctrinated to believe that a woman’s worth is her youth and beauty – explains  Susan Winter-. For centuries, that was the only currency she held. So it’s natural to assume the younger man would lose interest as his partner ages. However, in the real world, these relationships last longer than most people would imagine. When I wrote Older Women/Younger Men; New Options for Love and Romance the average age gap was 16 years apart, and the average time married or living together was 12 years. Perhaps that’s because the couples in age gap relationships have to fight so dearly to be together.

In the end, love knows no boundaries or limits. That is why the age-gap relationship is prevailing in the world today.

Having said that, dating someone will always leave you open to getting hurt. Whether you are going out with a younger man or not, the most important thing is how mature you are to handle relationship problems. Being aware of what to expect, as well as having clear what you’re looking for will make you feel like you are more in control of your future together.