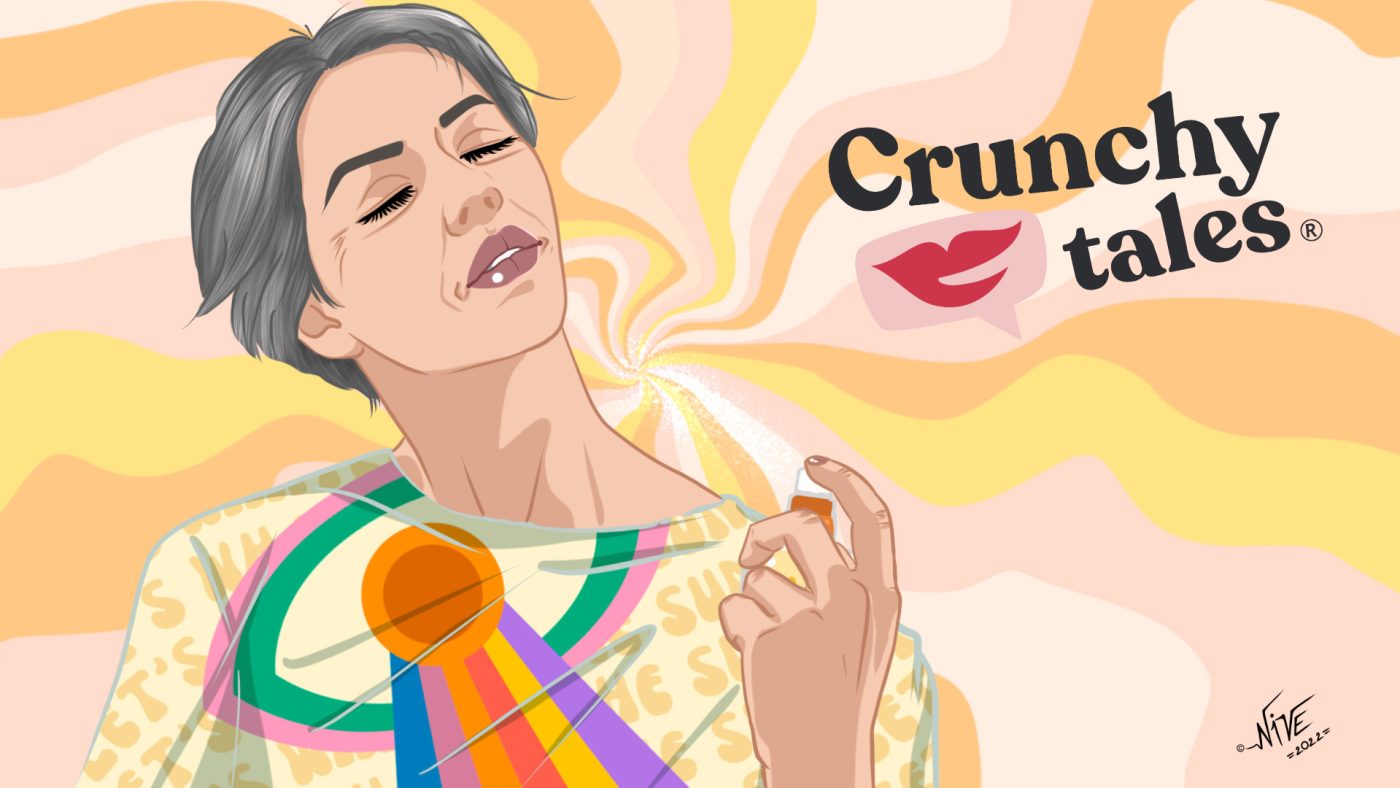 Feeling nostalgic? Perfume has the power to transport you back to a time, place and feeling, with just a single spray of a scent that you used to love. It’s an important part of everyone’s lives, a cultural object, a marker in space and part of something ritualistic, so it’s no wonder why so many Gen Xers still like to wear that typical musky and woodsy 70s scent, rich in amber, patchouli or sandalwood, to feel sexy and empowered.

Unlike many beauty products, most of us remain faithful to our favourite fragrance and buy our signature scent regularly because of the way it makes us feel.

For instance, how many of you are still addicted to Yves Saint Laurent Opium? Love it or hate it was the spicy and smoky fragrance that defined 1977 and several years afterwards. An opulent swathe of ambrée ambers and vanilla by perfumers Jean Amic and Jean-Louis Sieuzac, this audaciously-named fragrance sparked immediate controversy making sales skyrocket.

And what about Revlon Charlie? Named after the founder of Revlon, Charles Revson, Charlie originally launched in 1973 to great success and today, it’s still often gifted or recommended as a ‘first perfume’ to young teenagers, with a citrusy aroma mixed with other notes including rose and vanilla.

Another hit was Cacharel Anaïs Anaïs, the first perfume of Cacharel, which was created in 1978. A fragrance that became the signature for millions of women – and remains their go-to scent, today. Well known as one of the first ‘accessible’ designer fragrances, its sheer white floral beauty has kept it on the fragrant bestseller list, ever since – and it is mentioned, time and again, as the very first fragrance ‘love’ of well-known women worldwide.

The good news is that these so-called heritage scents all have withstood the test of time, so it won’t be difficult for you to find them at any big chemist or even online (original perfume products and their packaging from the era do a roaring trade on eBay as consumers buy into all things vintage) but bear in mind that some of those original strong formulas may have been lost.

SEE ALSO:  Bad Hair Day? You Need A Silk Turban To Sleep In

“Formulas for famous perfumes change over time – explains self-taught perfumer and vintage scent collector Sarah McCartney to the Guardian-, often because perfumers have to remove ingredients used in the original formula that have been banned or restricted by the International Fragrance Association (IFRA), the body that regulates the guidelines for safe usage of chemicals and oils in perfumes. So vintage scents often smell very different to their modern versions“.

But still, adding a bit of 70s flair to your days is not impossible. According to Master perfumer Huib Maat of Pairfum London to easily get that 70s vibe these are the fragrance notes to look out for:

• Deep and rich notes of musk or amber.
• Aromatic scents in incenses such as myrrh or frankincense.
• Woody scents such as patchouli, oakmoss and sandalwood.
• Spicy hints of pepper, cloves or cinnamon.
• Gentle white florals such as jasmine, honeysuckle or lily.
• Green notes of hyacinth, basil or juniper
• Bright citrus notes of bergamot, mandarin or lemon.

In the end, perfume is incredibly personal; one woman’s sour smell may be another’s refreshing scent. But those classic ones will never go out of style, they are a callback to an era when pulling out your bottle, spraying it on and going out to dance was a magic ritual.

There may be new ways of wearing that perfume but their basic character remains the same and so do you.