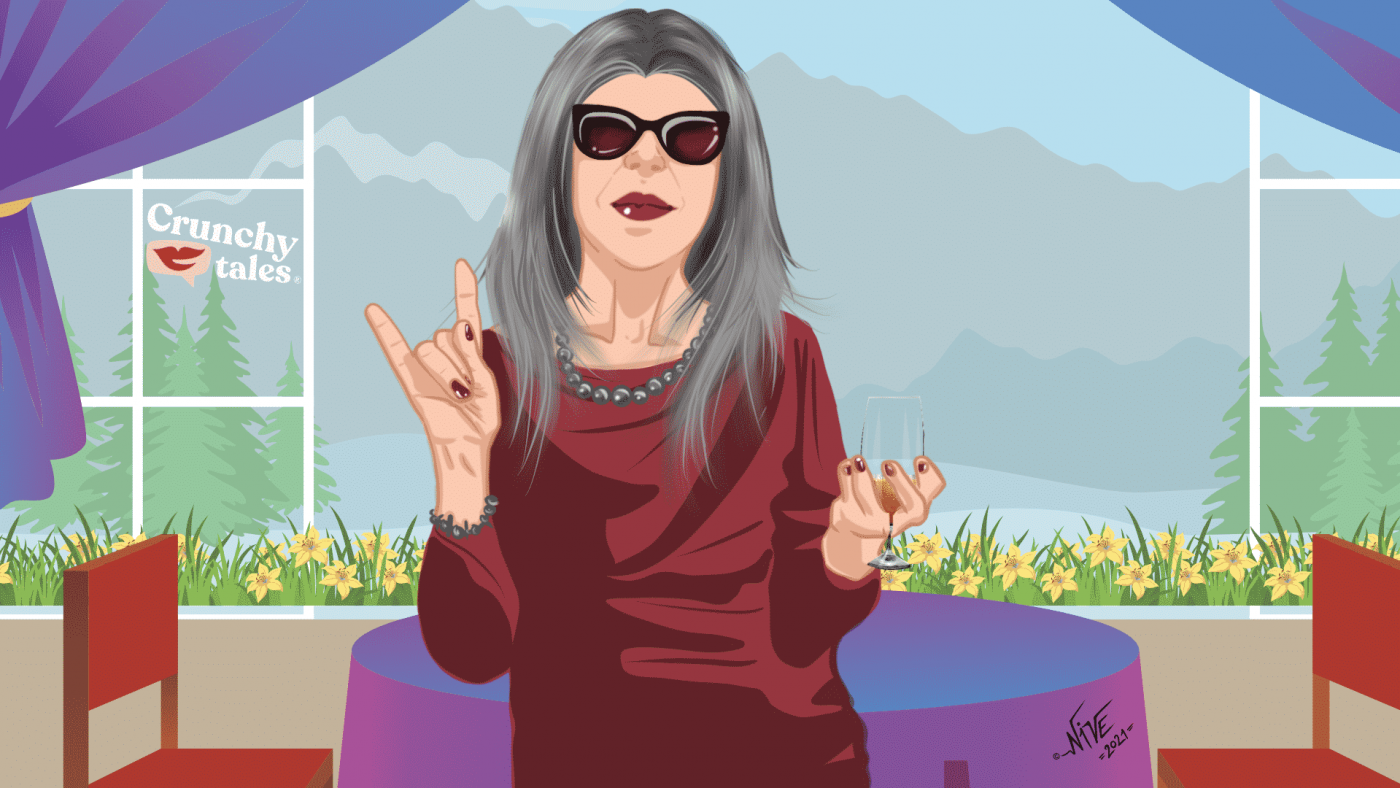 What do Catherine Devenuve, Goldie Hawn, Chaka Khan, Diane von Furstenberg have in common? They are all grandmas who rock. Gone are those days when being a grandparent meant going around wearing heavy specs, woolly cardigans, and a bunch of boiled sweets in a pocket.

Yes, things are definitely changing. Grandmas (and even grandpas) don’t necessarily fit the stereotype of years past. Most of them are baby boomers, and you are more likely to see them running a marathon or doing yoga than relaxing on rocking chairs.

“We’re the invention generation,” explains Christine Crosby, founder of Grand magazine, pointing out how her generation had not only invented but embraced a litany of life-changing technology, including the Internet and the BlackBerry. “We feel that we can reinvent anything in our own image, and right now we’re doing that to grandparenting,” she said.

The new face of grandparenting

According to a survey by The Good Housekeeping Institute, grandparents nowadays don’t think of themselves as old fashioned, stodgy or irrelevant. In fact, they see their generation as adaptable and open to changing times and consider themselves “cooler” than their own grandparents.

What makes them so different? Many 65-year-olds are still in the workforce, they stay more active and look after themselves, they are tech-savvy and as a group, they tend to be more flexible. Because they are better off than any previous generation, with a collective annual disposable income approaching $1 trillion, boomers have also the ability to provide for their grandchildren financially as no other pool of grandparents has before.

Alison Bryant, heads of the AARP research division, says today’s cohort of older people is redefining ageing. “This generation — and I mean Boomers but also going down to X-ers — they’re pretty good with change. They switch jobs more in their lives. They’ve moved around more than generations past. The idea of ‘I can go through phases’ is more ingrained in their personalities and their psyches.”

What’s more, changing demographics and technology has transformed how grandparents relate to and stay connected to their grandchildren. Most of them represent a source of knowledge and guidance, providing physical and emotional support.

Dr Arthur Kornhaber, a leading authority on the relationship between grandparents and grandchildren, and architect of many intergenerational programs, author of The Grandparent Solution, encourages grandparents to be philosophical about their new role.

SEE ALSO:  Should You Add A Protein Shake To Your Midlife Diet?

“I see that with grandchildren, they suddenly realize they have another chance at things,” he says, who is also the founder of the Foundation for Grandparenting. “They start to grow out of their narcissism, out of their whole ‘me’ thing. They begin to realize that transmitting their minds and talents and souls to children — their grandchildren – is what immortality is really all about.”

According to Dr Kornhaber, the new grandparent inherits the privilege of loving, nurturing, teaching and protecting all in the family who came before.

Society needs to honour this truth and to create a culture that facilitates the application of such Grandparent Power–love, wisdom, perspective and selflessness—to the benefit of family and society. Grandparenting is an ageless function and not a static role. For example, consider the radical social and biological changes of the past decades. Longevity has given us a new, longer-lived generation of great-grandparents, afforded first-time grandparents an expanded period of health and vitality, and, in blended families, expanded the roles of step-grandparents.

What about being a cool nana?

Of course, being seen as a cool grandma is what every mature woman hope as that may allow us to forge stronger bonds with our grandchildren. But how can we keep up with them?

It’s not a matter of looking stylish but instead being aware of the latest trend about the music, technology, sport and even dance moves. Above all, we should never forget kids always expect a grandma as a rock-solid foundation of unconditional love.

Share your knowledge on how to deal with difficult situations, project confidence, learn how to use an iPad to keep connected with them or how to make video calls using WhatsApp.

Most of all, teach your grandchildren a new skill (or even learn a new one together), mentor and teach them your craft. As a grandparent, we have years of experience but that shouldn’t prevent us let our curiosity lead the way. Ask them about your grandchild’s likes and dislikes, or about their latest accomplishments.

And never forget to buy them thoughtful gifts that can brighten your grandchild’s day.