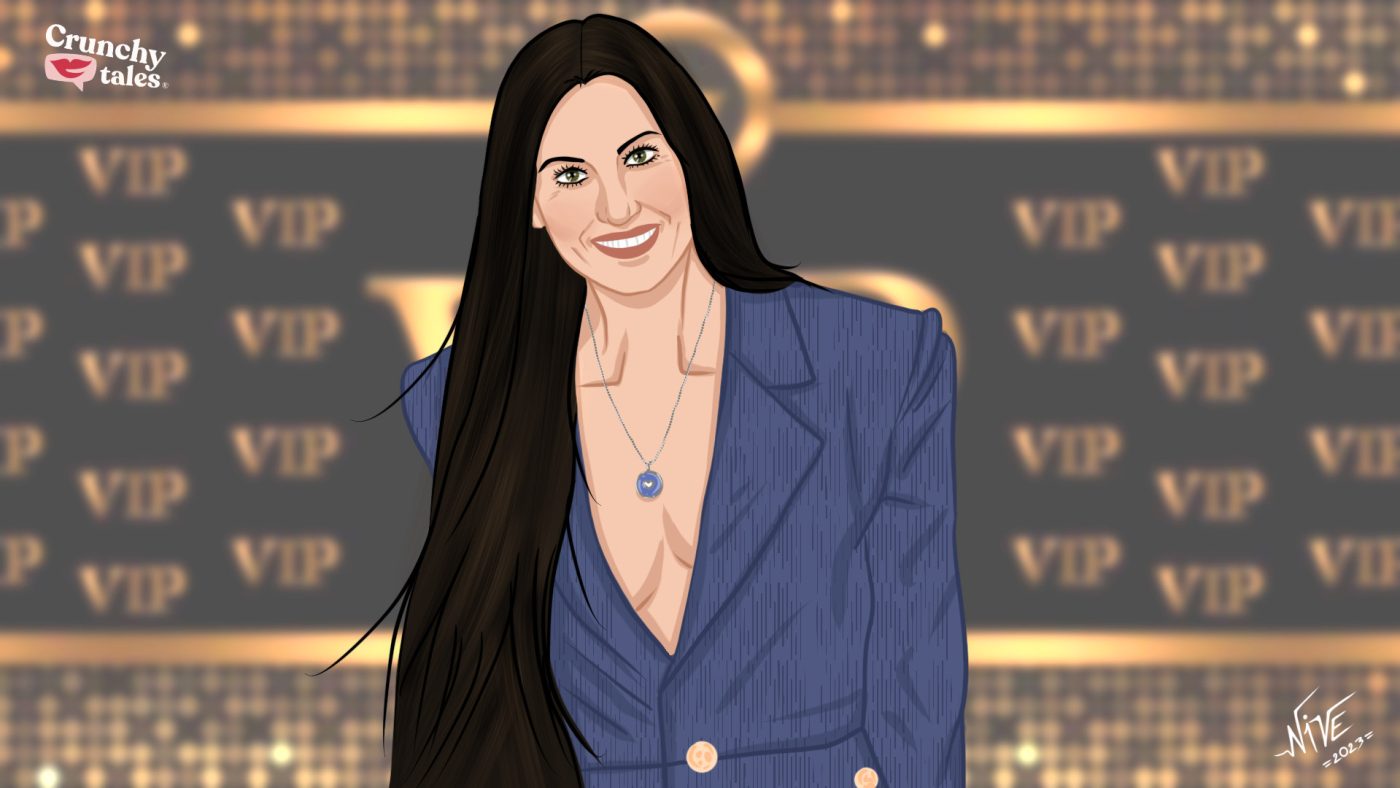 Forget that old adage of “baked goods, cardigans and oversized knickers”. Modern grandmas are now sexy, stylish and anything but “expired“.

Going well beyond “good for their age“, many of them are redefining the meaning of being a grandma thanks to sparkling conversations, curiosity and appetites for life.

If you’re looking for some modern role models then CrunchyTales has got you covered. Scroll down to get to know who are the coolest grandmas of the show business.

There’s nothing Jane Seymour loves more than spending time with her three grandkids, Rowan, Willa and Luna. The 71-year-old actress, who has no plans to slow down any time soon, thinks that playing with her grandchildren keeps her young: “They have endless energy, and it’s so much fun”, she said.

The Hollywood actress is grandma to her daughter Kate Hudson’s three children, as well as son Oliver’s three and Wyatt’s new baby boy – and she says her family is her top priority.

Speaking to Australian Women’s Weekly, Goldie Hawn explained: “A good family is the answer to happiness. I look at our kids and grandchildren and there’s nothing in the world that could make me as proud as I am of all of them.”

She also added: “Being a grandmother is amazing, I love it. It brings incredible joy. Family is so important.”

However, she doesn’t like being called grandma. She admitted in her memoir A Lotus Grows in the Mud that grandmother is a “word that had so many connotations of old age and decrepitude. Glam-Ma is much better“.

Jane Fonda is known for her activism as much as her acting, and the next generation of her family has gotten in on the action, too. Jane Fonda’s grandchildren, Malcolm and Viva Vadim, have in fact joined the star in several protests in the past making her proud of their civil disobedience.

Although she regrets not being a better mother, she feels that being a grandmother is her second chance at parenting, and she loves taking her grandchildren on vacations and cute grandma dates.

“When my first grandchild was born, and I held him in my arms, I understood intimacy“, she said, “I felt a love I had never felt before.”

If there is one thing that Susan Sarandon will always have time for it is being a grandmother — and it is quite clear that the actress is crazy about her two grandkids Major James and Marlowe Mae: “It’s so much easier being a grandmother than being a mother“, she said.

With more than 100 films under her belt, multiple awards including an Oscar, and a reputation as an active liberal activist, she says that these days she has never felt more comfortable with herself.

The fashion designer Tina Knowles-Lawson has found a major perk of being a grandmother. Grandma to Beyoncé and husband JAY-Z‘s daughter, Blue, and twins, Rumi and Sir, as well as Solange and ex-Daniel Smith’s son, Daniel, Tina said: “Being a grandmother is the second best job in the world!”. So what’s the best part about being a grandmother? Spoiling her grandchildren, of course!

Shining brightly in her third act, with her signature red lip, Tina invites grandmas to spend their lives fully and out loud.

The energetic talk-show host, comedian, and Oscar-winning actress isn’t just a grandma, she’s a great-grandma! Whoopi Goldberg was 34 when she became a grandmother (to Amarah Dean), and 58 when her great-granddaughter arrived in 2014.

Now 67, the actress has three grandchildren and one great-granddaughter.

“It’s the funniest thing in the world to me,” Goldberg told Jimmy Fallon on “The Tonight Show” in 2014. “I was a grandmother kind of young, and now I’m a great-grandmother. I had just gotten into the groove of being a grandmother, and then this girl came and said she and her man were having a baby and I wanted to wring her neck.”

Demi Moore is just the last one of a long list of cool grandmas. She has just entered her “crazy, deranged, hot grandma era“, she said opening up about becoming a grandmother at 60.

The eldest daughter of the ex-couple formed between Moore and Bruce Willis, Rumer Willis, has announced that she is pregnant with her first child, which has brought great joy.

“When I think of my grandmother at 60, she in a way seemed to be already resigned to being old. But I feel, in so many ways, more alive and present than ever,” Moore added.

According to Vogue, modern grandmothers are worthy of their own recognition. After all, a quick gander at Hollywood’s grannies reveals that we have many to thank for rewriting the rules of what it means to master an ageless lifestyle.

One thing is for sure, these modern grandmas are not sitting around waiting for a phone to ring.

Which one do you think your kids would love to gram?