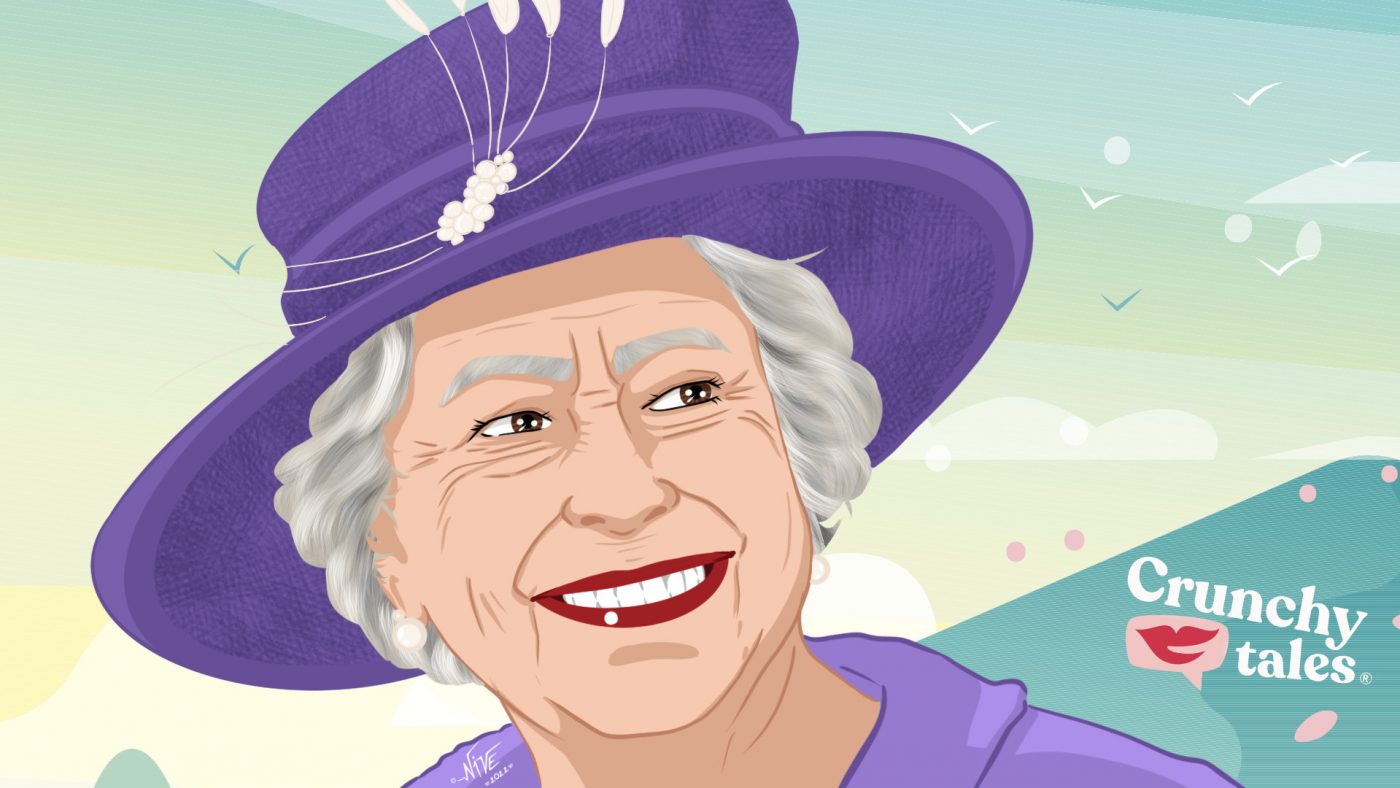 Growing older, whilst becoming a Queen, are privileges denied to most of us. They require strength, self-control, resilience and, of course, great health. Her Majesty Queen Elizabeth II, the United Kingdom’s longest-reigning monarch and the oldest head of state in the world, is succeeding at both.

But how can she remain amazingly comfortable in her own skin after all these decades?

She probably has very good genes to count on, but being in such a great form, at 96 years old, surpassing the average life expectancy for many women (at least in the UK), is also a matter of having a healthy lifestyle and great mental well being. What’s her secret? A surprisingly simple approach to nutrition, sensible exercise, a great sleep routine and, of course, a cup of Earl-Grey tea every morning to set off her day in the brightest possible way.

She is a living example of what it looks like to stay vibrant under decades of enormous pressure and responsibility- British culturalist Bryan Kozlowski writes in his book Long Live the Queen: 23 Rules for Living from Britain’s Longest-Reigning Monarch-. She is truly a time capsule of a rapidly disappearing generation that approached life very differently than we do today, oftentimes with much more pluck and good sense, something that deserves to be remembered and, if we can, re-embraced.

Here are some strategies behind the Queen’s remarkable self-preservation he has shared with us, after spending several years as a lifestyle and British-culture researcher monitoring her brilliant approach to life.

The Queen has never let life’s drama get her down, regardless of the royal scandals she had to endure over the years. Being resilient is probably one of her most popular traits. She is well known for staying on top of her work, spending leisure time, navigating both familiar and professional relationships, and managing to do it all while ageing gracefully.

“Elizabeth comes from a dignity culture, where everyone was very responsible for their own emotions,” said Kozlowski, who believes the queen’s positive attitude gives her mental strength. “She practices what psychologists call benefit-finding. She has this willingness to adapt, which banishes the insidious stress you get from resisting change,” he said. “That contributes to longevity and a fulfilling existence for sure.”

The Queen knows the importance of continuing engagement in activities and relationships. As a result, she’s never off duty, keeping her brain active, through work or educational projects. She sees public and voluntary service as one of the most important elements of her work.

“The Crown is Elizabeth II’s life: a twofer package with inseparable symbiosis of duty and identity,” Kozlowski writes. “Over the years, she has demonstrated compassion and tenderheartedness by supporting several charitable organizations and good causes, balancing work-life and productivity”.

Despite being almost always hard at work, the Queen definitely finds regular daytime breaks to rest and recharge. Her Majesty loves spending time outdoors walking her dogs around the grounds of Windsor Castle or Buckingham Palace and has also long been fond of horseback riding for most of her life. Whether spending time in nature or enjoying quiet time alone, it’s no doubt she has contributed to her strong immune system.

“To achieve longevity, most people tend to think you need to maintain a rigorous fitness regime,” said Kozlowski, “not the queen. She is a great believer in sensible exercise, such as brisk walks with her corgis and horseback riding. Research says the types of exercise you keep up are the ones which give you pleasure“.

The Queen’s lifespan could be also a direct result of her excellent sleep routine, according to health researchers. The 96-year-old has in fact reportedly followed a strict bedtime regime. She typically goes to bed at about 11 pm to guarantee a solid 8 hours of rest—an absolute must for the hardworking Elizabeth—and arises every morning feeling refreshed and ready to take on the day.

The Queen eats everything but in moderation. Mostly an unfussy eater, she prefers to dine on simple comfort foods. Her meals are mostly high in protein and low in carbs, consisting of grilled Dover sole or Scottish salmon with spinach or zucchini. She also likes simple salad with grilled chicken and sticks to a no-starch rule. Of course, she doesn’t skip desserts. Fresh peaches, strawberries or dark chocolate are the Queen’s favourite ones. Occasionally, she enjoys a homemade chocolate dessert. When it comes to alcohol, she enjoys drinking gin cocktails, champagne and dry martinis.

The monarch’s favourite ritual is, of course, an afternoon tea with sandwiches and scones. Former butler to the Queen, and etiquette expert Grant Harrold has revealed: “I am sure the Queen enjoys her Assam or her Earl Grey the traditional way, made with tea leaves in a teapot and poured into a fine bone china teacup. She will also use a strainer.”  Mr Grant also notes that the Queen always adds milk to the cup after the tea because: “since the 18th century, the “proper” way of brewing tea has been to serve tea before milk, and this is something that the British royals adhere to”.

What an amazing example Her Majesty is to all of us, with so many positive lessons from which we all could learn. Successful ageing is measured in both quantity of years and quality of life — not simply breathing but retaining vitality and enthusiasm, enough to make life well worth living. We at CrunchyTales would like to wish Her Majesty Queen Elizabeth II all the very best for her Platinum Jubilee this year.