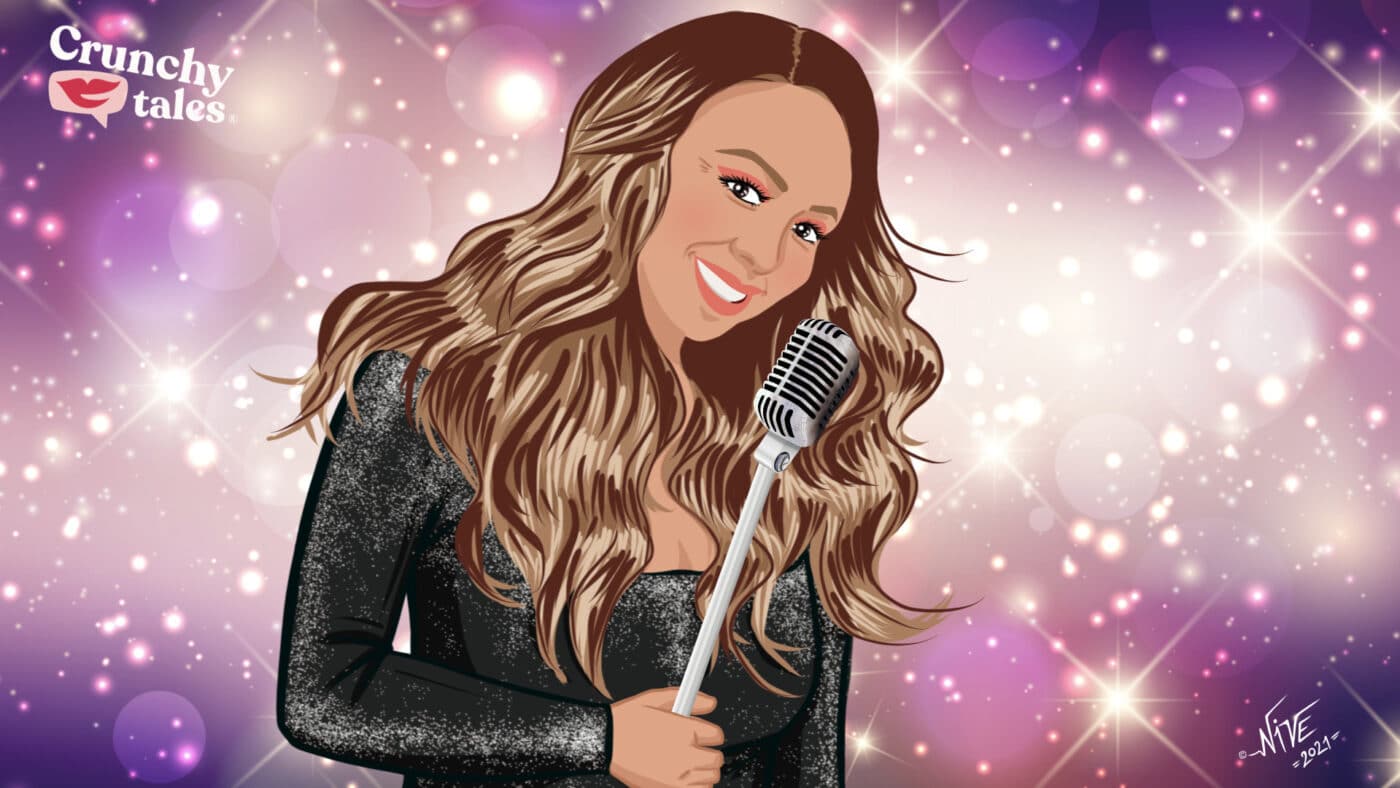 Unlike the many others who are embracing the number, five-time Grammy winner Mariah Carey is in favour of treating age like it is: just a man-made number. Turning 50-something today (a lot of sources say she was born in 1970, but her license apparently says 1969), she refuses to admit that time exists in any traditional sense. “I don’t count years but I definitely rebuke them – she said- I have anniversaries, not birthdays, because I celebrate life, darling.” At other times, she’s been even more candid: “I think I have to remain eternally oblivious to age. Honestly, when you put a number on it yourself, it’s just like, Why? Why do that?” She’s also stated that when it comes to years, she tends to “round down,” and that at heart she’s “eternally 12 years old.”

Basically, Mariah is not worried about ageing because she never thinks about it but obviously, she has mixed feelings when it comes to growing older. However, her unusual strategies to defy time and her playful approach to life are what make her even more lovely in the eyes of her fans.

Whether she likes the idea of getting more mature or not, what’s for sure is that hearing her ageless voice is a saving grace. Born in Huntington, New York, her name was derived from the song ‘They Call The Wind Maria‘ originally from the 1951 Broadway musical ‘Paint Your Wagon‘. Often referred to as the ‘Songbird Supreme’, Mariah, the best-selling female performer of all time mostly known for the hits ‘Vison Of Love‘ and ‘All I Want For Christmas is you’, rose to superstardom on the strength of her stunning five-octave voice.

An elastic talent who has easily moved from glossy ballads to hip-hop-inspired dance-pop throughout her career, diva Mariah Carey was on the Billboard Hot 100 Chart for 55 weeks, with 19 No. 1 hits, more than any other solo artist in history. While everyone rightfully talks about Carey’s incredible singing voice, it’s important to note that she wrote 18 of those chart-toppers.

To keep that pace and certainly that glow, Carey, mother of twins, who may seem like an unlikely poster child for the natural look, doesn’t deny a bit of help as well as plenty of bathes in cold milk. Her signature style made of rippling waves and flesh-toned makeup is also a result of some beauty principles and careful attention to avoiding overhead lighting which she believes in being “abusive“.

When it comes to make-up she believes that less is more. “I hate mascara. I never wear it,” she has said. “Whenever a makeup artist tries to put it on me, I throw a fit.” But, of course, when it comes to fake lashes, that’s a whole other story. “If you’re not wearing a lot of makeup, you don’t have to take a lot of it off – she explains-. So, my goal is to wear the least amount of makeup possible so I don’t have to steam my face and take it all off.”

She accredits her physique mostly to her diet of lean proteins and no carbs, with some light cardio in the form of walks or swimming laps. “You would hate my diet,” she has said. “All you eat is Norwegian salmon and capers. That’s it. I try to stick with the proteins. It’s the worst.” Not that her nutritional tips are necessarily rooted in science. “Don’t eat salad if you’re about to do, like, a photoshoot, because it bloats you,” warns Carey. “Never eat water.”

She also quit smoking, claiming that although it helped her lower range her throat was constantly sore. Another beauty tip she holds dear: have a good night sleep. “I’m so about the bed. I just lay in bed and put a towel over me. I’m literally like a 2-year-old, I just eat and watch TV—not that that’s something to be proud of.”

In her memoir, ‘The Meaning of Mariah Carey’, an instant New York Time Bestseller released last year, she confesses her life hasn’t been all unicorns and rainbows:

I want to tell the story of the moments – the ups and downs, the triumphs and traumas, the debacles and the dreams, that contributed to the person I am today. Though there have been countless stories about me throughout my career and very public personal life, it’s been impossible to communicate the complexities and depths of my experience in any single magazine article or a ten-minute television interview. And even then, my words were filtered through someone else’s lens, largely satisfying someone else’s assignment to define me. I let the abandoned and ambitious adolescent have her say, and the betrayed and triumphant woman I became tell her side.

Although we know her diva’s whims might be a little odd sometimes, what we love most about Mariah is that she’s defying the typical music industry logic. Her determination to remain an active recording and touring artist is quite remarkable considering all the sexist and ageist rhetoric that relegates women over 40 to the scrap heap.