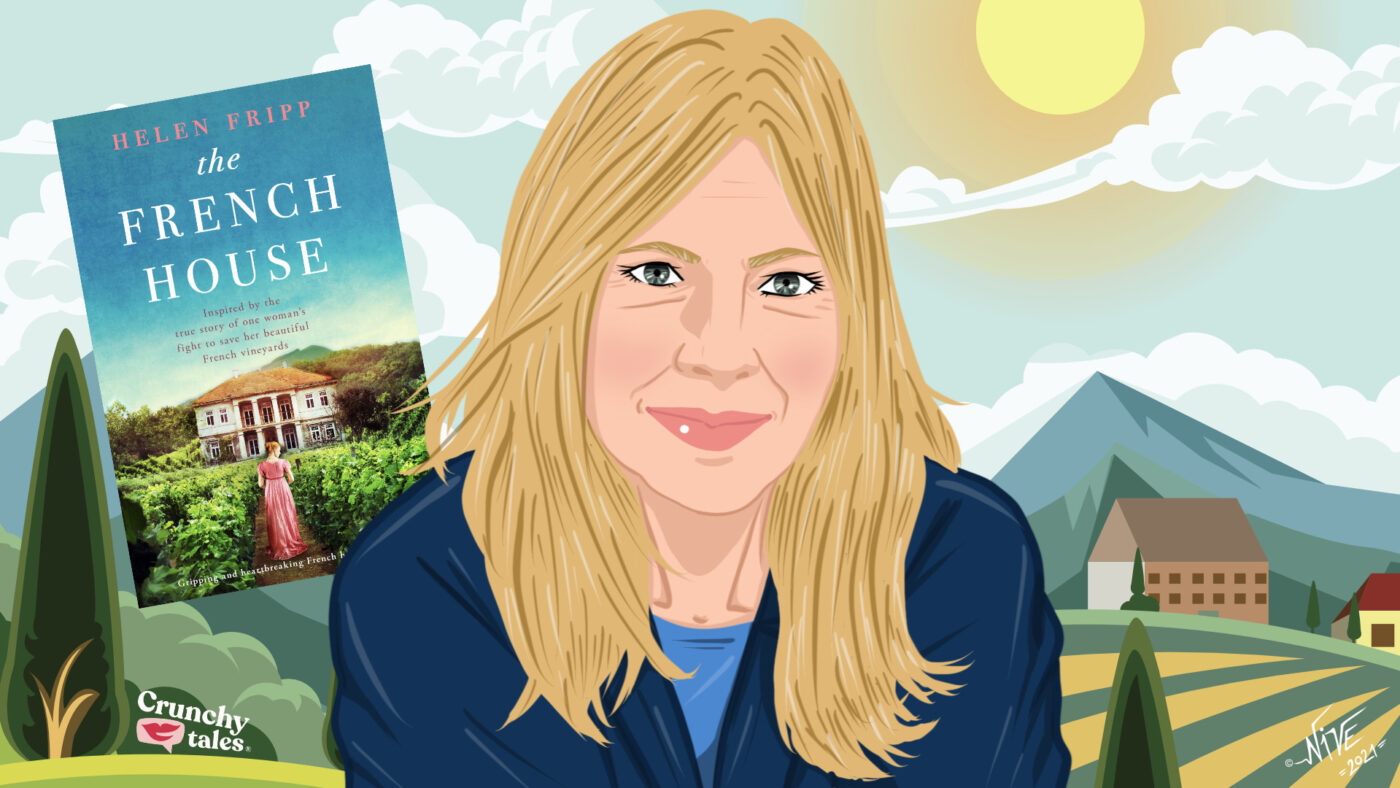 Midlife is rosy for Helen Fripp. A firm believer that life gets better as you approach middle age, now 54, with an MA in creative writing in her pocket, she got a 2-book deal in the offing and couldn’t be happier.

Her debut novel, The French House, inspired by the true story of how Nicole Clicquot blazed her own path to build the world’s greatest champagne house Veuve Clicquot, has been just published, however, it’s been quite a struggle to get to where she is.

In her 20s when she lived and worked in London, she didn’t feel like she had any focus in her life. She spent her time doing what other people wanted her to do instead of focusing on what she wanted to do. It was then in her 40s, when she had her own PR business as well as working at the University of Bath at the Institute of Contemporary Interdisciplinary Arts (the ICIA), that Helen decided to challenge herself with what she had always harboured the desire to do, “but curtailed it when I had kids as I needed to help pay the bills“: writing.

I’d get up really early during that time, walk the dog and then go to a café with my computer and spend an hour or so just writing – she explains-. My husband would deal with the kids and I made sure that I had time to write. Then I’d rush home, leave the dog, jump in the car and drive to do a full day’s work before rushing back at the end of the day to the family and the evening chores. On family holidays I’d write on trains, on planes, on the beach and all the places in between. I’d always find somewhere lovely to sit and enjoy the view- she smiles-. People laugh at me as I like the good life, but it wasn’t entirely hedonistic and was quite punishing at times.

Her advice to those wanting to get into writing in midlife is to just sit and write.

Don’t wait for the inspiration as there isn’t time for that – she says- just get your bum on a chair and write. For ‘The French House’, I studied the Napoleonic wars and the impact they had on the economy and I tried to get a picture of Nicole Clicquot’s world. Half the characters are real and half are made up. The magic is in the edit. I have rewritten this book 5 or 6 times, and since getting a publisher I have written another 1500 words and still, edits are being done. If you have a book deal you don’t tend to mind.

All of Helen’s work is historical fiction. To her, the past really is another country, where the architecture, art and customs of the time are sumptuously and lyrically evoked and where her female characters rail against the social constraints to which they are subject. Epic in scope, but human in scale, the motivations, flaws, loves and everyday lives of her characters are what Helen loves to imagine and create, against sweeping historical backdrops.

I found out about the ‘Veuve Clicquot’ story whilst visiting my niece in Reims when she was on her Erasmus exchange. I visited the cellars and learned all about her amazing story and decided that would be my next book. I contacted the company Veuve Clicquot, saying I had a publisher, and asked if I could access the archives. They were superb and gave me immediate access. It was incredibly exciting as I found a fascinating array of letters and ledgers. The novel opens just after the ’14 Juillet’ and the storming of the Bastille, and we meet Nicole Clicquot as a 12-year-old observing the upheaval of the revolution all around her. She witnesses a baker’s son being killed by an aristocrat and she is galvanised into action by this single despicable act.

The theme of women succeeding against the odds in a man’s world is what draws her most. “The huge drive of these women is very attractive to me and maybe there is a bit of them in me, that ‘never give up’ spirit“, she explains. Indeed, determination is what allowed Helen, who is still juggling the day job with writing and family commitments, to shape her career.

We, midlife women, are the freest we have ever been and my life is so different from my grandma’s. I don’t come from a family of writers, so I am just determined to make the best of what I’ve got. – she says-. Fifty was a turning point so I thought it’s now or never. After building up the courage to ask my boss, I now work 3 days a week and in quite a senior role, which leaves me 2 whole days to write. I’m a bit of a risk-taker. I think you should do something every day that terrifies you.