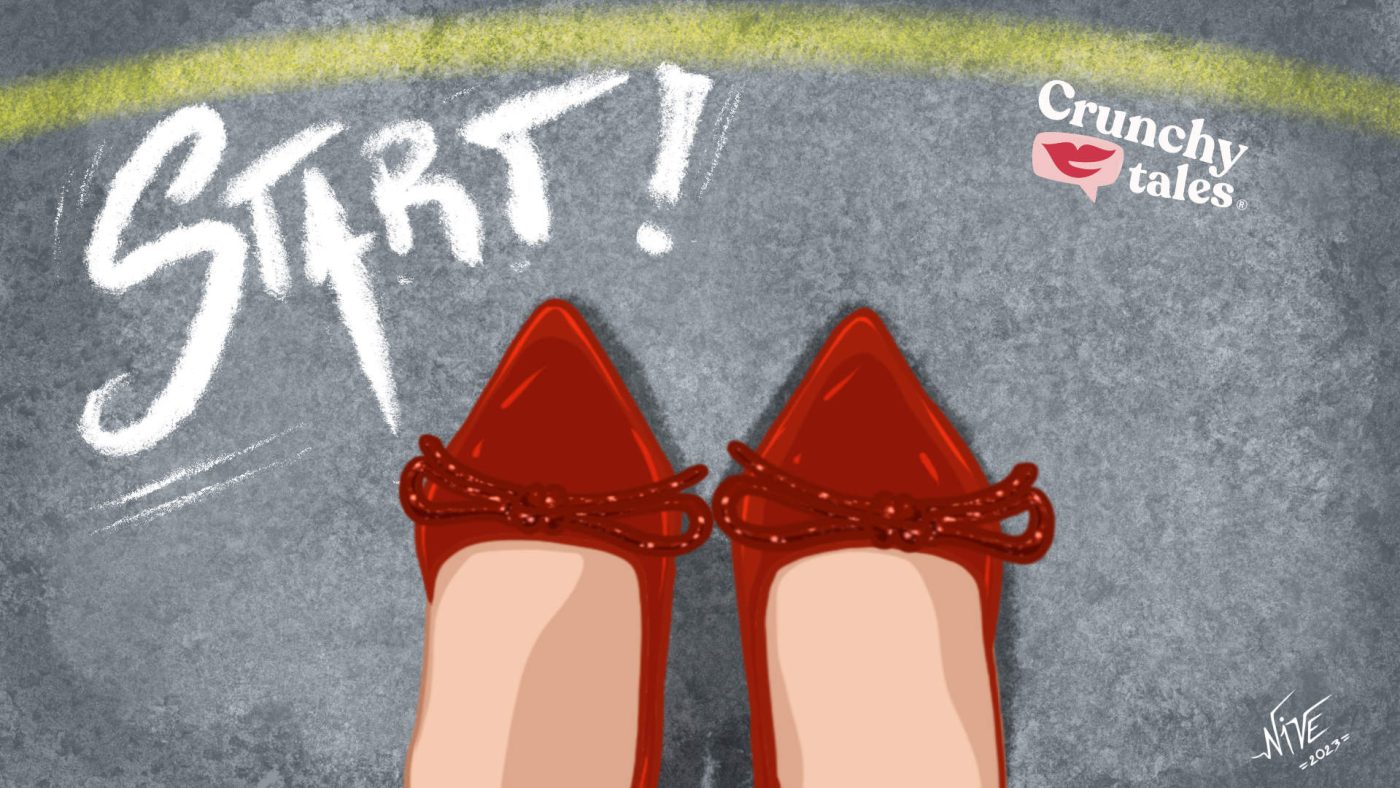 Pivotal periods in our midlife are often the times we grow the most. They can be uncomfortable and uncertain as we experience new and different things in life, but they might also be very meaningful.

The process, however, often isn’t easy as the path to reinvention is usually filled with doubts and setbacks, but when you come out the other side, the rewards are incalculable. It’s when you finally begin to really think about your purpose and your values and are ready to fly high.

According to Laura Walker, an award-winning researcher, author, coach and experienced business leader, a midlife reinvention is not a walk in the park but rather a dance with fear and confidence.

“A dance between two partners, where the leader of the dance can switch, the type of dance may also change, and they can also dance individually while the other watches in the background“, she explains. “When confidence increases, fear doesn’t often decrease. The nature of fear can change or even flip. Initially, you may be afraid of change, then become more afraid of not changing. Confidence is multifaceted. You can be confident in your ability to do lots of things, but not really know who you are anymore“.

Basically, discovering how to dance is to discover the dancer: who you are, what matters most, what you are good at, and what brings you meaning. It’s finally knowing that you have enough life experience to take stock of what is important, dismiss what isn’t, and become who you want to be.

The key to reinvention, however, often comes from the unpredictable. It may kick off from a health scare, a job loss, a parent needing care, or the arrival of grandchildren.

“Creating a new way of living, during this phase of life, requires digging deep and sloshing around in uncomfortable, unknown waters”, explains Diana Dunbar Place, Founder of Third Act Quest and the 333 Collective. “After years of dancing on the edges, in and out of my passions through a roller coaster life and career, it was the coincidence of four lightning strike experiences – a cancer diagnosis, loss of a business venture, my 60th birthday, and a soon-to-be empty nest, that compelled me to dig deep to focus on what I truly wanted to do with my one wild and precious life” she recalls. “This became my third act quest. I got back in touch with who I am, my dreams and how I want to live. And, then the Third Act Quest project was born. I unearthed what had been calling me all along. Now, I couldn’t imagine doing anything else,” she says to Crunchytales.

For many midlife women reinventing their path is a matter of being open-minded about new experiences and being brave. Sometimes all it takes is a leap of faith.

Speaker and author Sara Hart, PhD, President of Hartcom and founder of Prime Spark, for instance, has reinvented herself multiple times.

“After working for a very good company for 20 years, it was time to do something else“, she tells CrunchyTales. “I resigned, sold my house and most of what I owned, put what was left in my car, and drove from the East Coast of the US to the West Coast because I wanted to live in San Francisco. I moved into a one-room apartment and spent the following year trying to decide what I wanted to do next. It took lots of time in the gym and in the coffee shop, but I finally decided I wanted to start my own consulting company, which I did. Hartcom has been around now for 26 years. It was very scary, and it was the absolute right thing to do.”

SEE ALSO:  Dealing With The Emotional Side Of Midlife Downsizing

The right thing to do for empty-nester Michelle Fishburne in 2020, after having lost her job, was instead to travel 12,000 miles all over the United States in a motor home and sit down with hundreds of people face-to-face to collect stories of hopes.  Many of them lost family, friends, and even their own health and well-being. And yet among the difficulties, many found something that had eluded them before the pandemic.

“When I was really on my knees, my youngest daughter Kristen wrote down on a little piece of paper – All you need is hope, love and courage to do anything-. I think hope is really important for getting through tough times, as well as not being afraid of what happens next”, she says.

Ready to release her first book ‘Who We Are Now’, in March, Michelle is now embarking on a new exciting phase of her life.

Yes, the second half of our lives might often be a mystery but the enemy is not time, it’s inertia. When venturing into a new phase, actress Patricia Heaton, author of ‘Your Second Act: Inspiring Stories of Reinvention’, counts courage as a necessity.

“In order to take that first step, you kind of have to be fearless“, she explains. “And, it can be a leap of a step – like I did in going to New York (to pursue acting), or it can be a very planned-out step, where you kind of get your ducks in a row and you know what you’re doing, and then you set off on your adventure.”

She also advises familiarizing yourself with defeat.

“I think you have to make friends with failure. You can’t really learn or grow unless you fail,” she says. “That’s where the real work happens, and so you have to continuously put yourself in a position where you might fail. That’s the only way to get over your fear of failure or insecurity.”

Clearly, all these inspiring women show us we don’t always have to completely reinvent ourselves overnight. What is certain, this is the right time to re-launching our life in a way that makes us smile. It’s about making the extra years count.